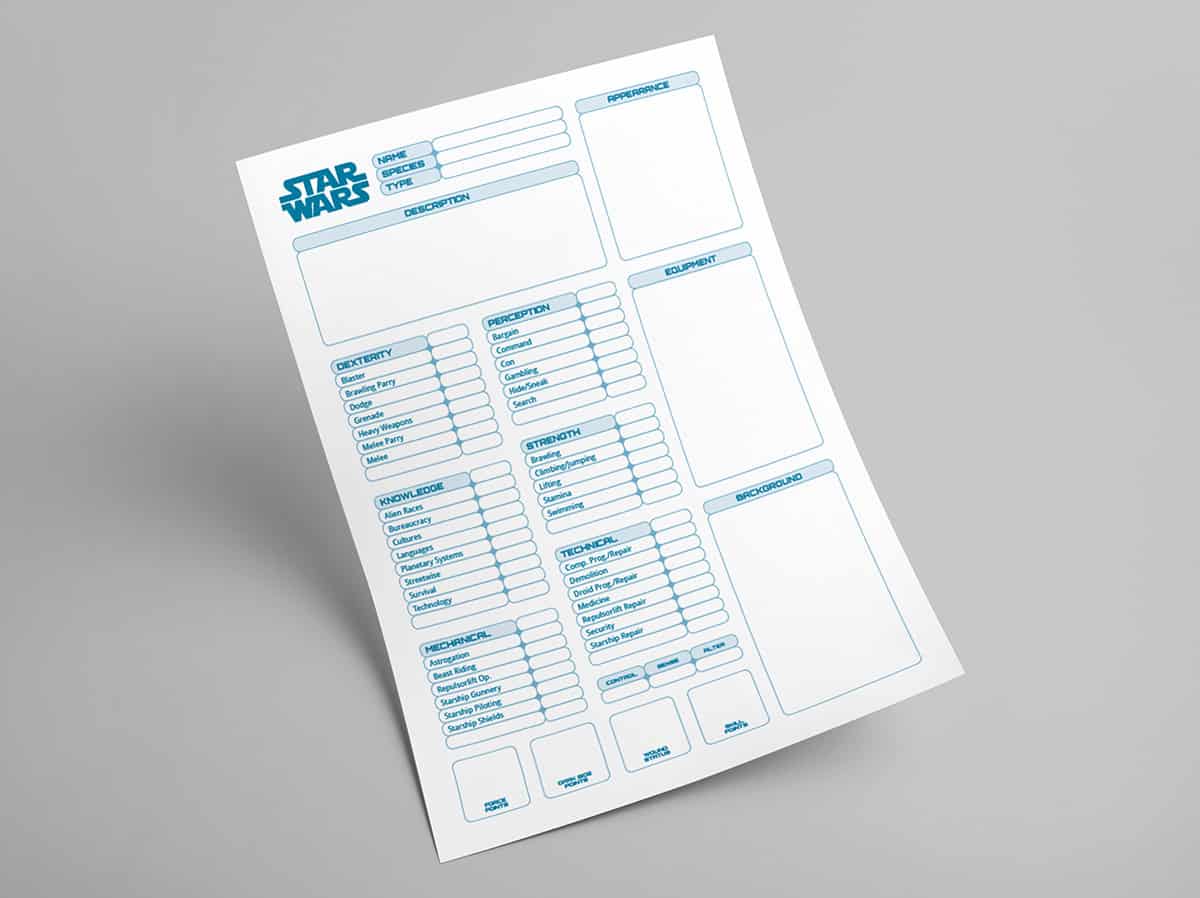 So I made this fillable character sheet for WEG Star Wars d6 Character Sheet (1st. edition). It can probably be improved but for now I just thought I’d release it. I’ll be using it myself for an upcoming game. 🙂

Star Wars d6 1st edition or Star Wars: The Roleplaying Game is an RPG written and published by West End Games (WEG) in 1987. The game uses the D6 System that was originally designed for another roleplaying game set in the Ghostbusters universe.

In 1992 Star Wars: The Roleplaying Game second edition was released and followed up by a revised and expanded edition in 1996. In the game’s lifetime it received around 140 supplements – including settings, sourcebooks and adventures.

Where can I buy Star Wars d6?

If you’re lucky you’ll be able to find second hand books online on webshops like https://www.nobleknight.com.