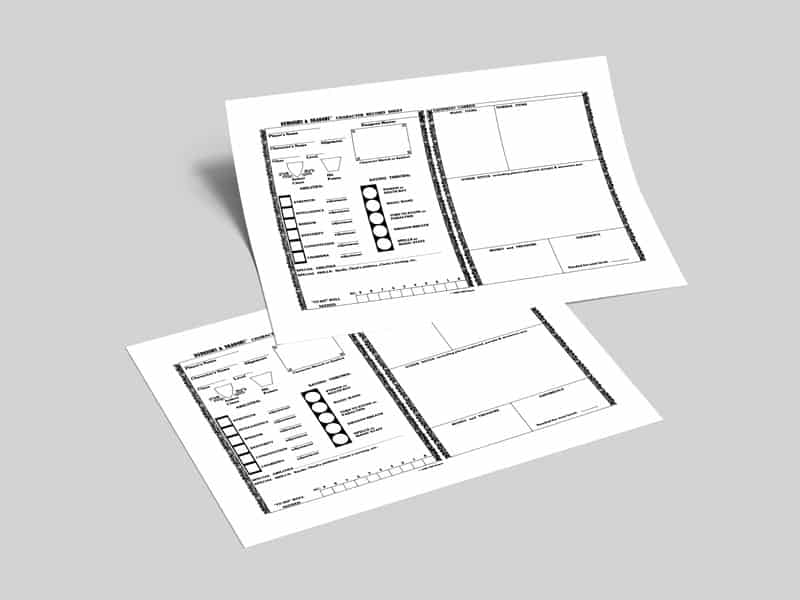 I’m going to run a game using the original 1981 basic/expert rules for Dungeons & Dragons by Tom Moldvay. I couldn’t find any decent scan of the Original B/X Character Record Sheet so I decided to scan the pages myself.

I’ve cleaned it up a bit but otherwise there’s absolutely no changes to the sheets.

So if you’re an OSR gamer go ahead and download the Original B/X Character Record Sheet for the Dungeons & Dragons basic/expert and get your old school gaming on! 🙂

There’s a lot of different D&D editions and way too much history for me to go into detail about it but here’s a very short explanation.

The basic rules from 1981 is the second edition of basic Dungeons & Dragons. Tom Moldvay’s 1981 edition simplified and restructured the basic rules already written by J. Eric Holmes in 1977.

Holmes rewrote the original Dungeons & Dragons rules from 1974 to be more easily understood by new players since the original game was notoriously hard to understand.

At the same time as the basic rules release in 1981 the Dungeons & Dragons expert rules by David Cook was released allowing players to play past the 3 first character levels presented in the basic rulebook.

Where do I get those awesome books?!

The original printed books can often be found at nobleknight.com and PDF versions can be bought at drivethrurpg.com.

Ah yes... The noble art of MtG. Lovely to pass it